Does Obesity Affect Your Brain?

The Center for Integrative and Functional Health and Wellness Blog Does Obesity Affect Your Brain? 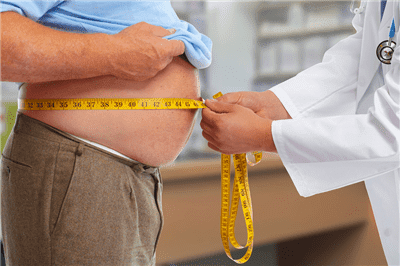 You have to watch the way you eat, move, and live on a daily basis because of the rapidly increasing obesity rate.

Science continuously shows the importance of maintaining a healthy weight.

A team of researchers reviewed the white matter of the brains of 527 individuals between the ages of 20 and 87 and sorted the data into groups based on BMI. They found the same amount of white matter in the brains of middle-aged, overweight people and lean people ten years older. Obesity quickly ages a person’s brain.

One of the team members, Lisa Ronan, from the University of Cambridge, explained, “As our brains age, they naturally shrink in size, but it isn’t clear why people who are overweight have a greater reduction of white matter.”

The researchers can only speculate on whether obesity causes these changes in the brain or if brain changes result in obesity.

They found the brains of overweight people to appear ten years older than those of their counterparts. They didn’t, however, find any signs of cognitive decline in the group of obese individuals.

Team member Paul Fletcher said, ”We’re living in an aging population with increasing levels of obesity, so it’s essential that we establish how these two factors might interact since the consequences for health are potentially serious.”

Since the researchers only saw the differences in white matter in people who were middle-aged or older, it seems that as people age, they become more susceptible to changes in their brains.

Scientists need to complete more studies to back up these results. Issues with BMI calculation may skew these findings.

Losing weight isn’t about appearance. It’s about health. Excess fat can be a precursor to many diseases. Though current research only shows hints of the full effects of obesity, it’s important to take care of your body if you want to be healthy. Don’t let poor health be a result of poor choices.

Choose health to protect your body and your brain.