How to Prevent Cancer by Avoiding Acid Reflux 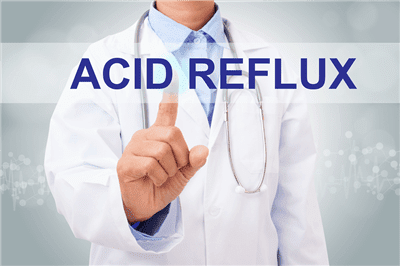 One of the most common digestive disorders is gastroesophageal reflux disease (GERD).

If you have GERD, you experience heartburn and the regurgitation of stomach contents into the back of your throat. Do not make the mistake of thinking it’s only a burning pain or a sour taste in your mouth. See your doctor if you experience these symptoms. As trifling as it may seem, GERD can lead to cancer if complications occur.

How does this happen?

To prevent the growth of cancer, you must stop acid reflux as early as possible.

According to research published by the National Center for Biotechnology Information, the incidence of adenocarcinoma increased six-fold in the last three decades. This means acid reflux is on the rise. In the U.S., one in four people suffers from weekly heartburn and acid regurgitation.

Research suggests that dietary factors playing a significant role in the occurrence of acid reflux. Forty-five published studies have shown the association between diet and acid reflux’s progression towards esophageal cancer. High fat intake is a major contributor. When we eat fatty foods, the sphincter at the entrance of the stomach becomes relaxed, causing too much acid to go up the esophagus. Diets heavy in fat and red meat are the main dietary causes of esophageal cancer. Stomach cancer can also become a concern, especially for people who consume poultry-heavy diets.

Changing to plant-based protein sources can reduce the risk of esophageal cancer by 50 percent. Dietary and vitamin supplements don’t reduce your risk of cancer. It’s best to eat antioxidant rich foods, such as red-orange vegetables, dark greens, berries, apples, and citrus fruits. Eating healthily is a great way to get your acid reflux under control.

A study taken of 3,000 people found that the consumption of animal products is an independent predictor of GERD. Even eggs, while not meat, come from animals, can contribute to acid reflux. Eating egg yolks causes an increase in the hormone cholecystokinin, which can overly relax the sphincter that separates the esophagus from the stomach. The consumption of meat increases the same hormone, which may help explain why vegetarianism and veganism appear to protect many people from reflux esophagitis.

Research shows twice the odds of reflux-induced esophageal inflammation in people who eat meat, so the best way for you to prevent cancer is to switch to a diet rich in plant-based foods.

GERD is a common disease that many people struggle with. Getting ahead of it by observing and altering your diet may change your life, especially if you already experience some of its symptoms. Be proactive and get started on the road to a life with lower risks of cancer.