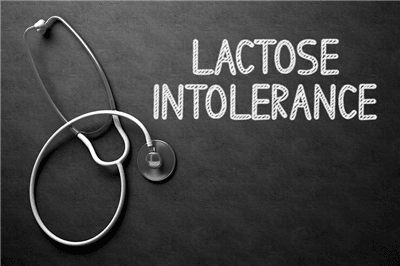 Lactose intolerance relates to a condition where the body has troubles with lactose, a type of sugar found in milk and dairy products.

Lactose Intolerance relates to the sugar lactose, which is often found in milk and dairy products. Lactose does not get taken in by the body until it is broken down into simple sugars called glucose and galactose. This process occurs when the lactose interacts with a chemical called lactase, which occurs when the lactose is sent through the stomach and into the upper small intestine. Lactase is created by cells inside the upper small intestine. A lactase deficiency means that lactose cannot be effectively broken down for absorption, leading to lactose intolerance. Lactose intolerance is not the same as an allergy to milk, which comes about when your immune system negatively reacts to the proteins found in the milk.

Treatment for lactose intolerance generally involves avoiding lactose. Carefully select food that does not contain lactose, and problems should not arise. It is also possible to buy lactase supplements which can help with the digestion of lactose products.