Mouse Study: Could This Drug Stop the Progression of Multiple Sclerosis?

The Center for Integrative and Functional Health and Wellness Blog Mouse Study: Could This Drug Stop the Progression of Multiple Sclerosis? 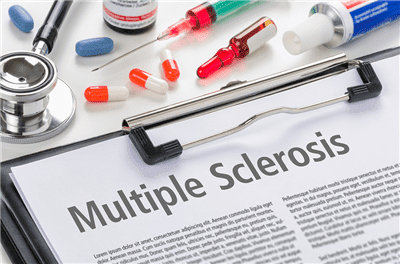 An experimental drug, laquinimod, appears to prevent or slow the progression of multiple sclerosis (MS) in mice, according to a new study.

The study author, Dr. Scott Zamvil of the University of California, said, “This study has given us more insight into how laquinimod works, but because this was an animal study, more research needs to be done before we know if it could have similar results in people.”

Zamvil added in a news release from the American Academy of Neurology, “these results are promising because they provide hope for people with progressive MS, an advanced version of the disease for which there is currently no treatment.”

Your healthy immune system provides T cells and B cells to help the body prevent infections but people with MS have antibodies that attack and destroy the protective coating surrounding the nerves in the brain and spinal cord.

In the study, Zamvil and his team studied 50 mice and bred them to develop a spontaneous form of MS. In giving them a daily dose of oral laquinimod, and a placebo, they found only 29% having developed MS, compared to the 58% of those who drank the placebo.

Because of their results, the researchers believe that the drug may prevent MS because there was a 96% reduction in malignant B cells. Zamvil’s group gave the animals laquinimod after they showed signs of MS-linked paralysis in another experiment. They found significant results with the mice’s disease progression slowing down.

Dr. Paul Wright, the chair of neurology at North Shore University Hospital, reviewed the findings and agreed that laquinimod does have potential as a neuroprotective drug. He added, “This is a very promising study and provides us with insight into a novel medication that may have benefit for patients with this devastating disease.”

He also suggests that the researchers conduct clinical trials to see the effect of the drug on humans.

The study, published online Sept. 21 in the journal Neurology, Neuroimmunology & Neuroinflammation, hopes to inspire other scientists to conduct research on laquinimod to find conclusive results on human MS.